The Remarkable and Amazing Benefits of Rosemary

Rosemary is a woody, aromatic and distinctive evergreen herb that is a member of the mint family. Hailing from the Mediterranean, it’s popular due to its versatility as a flavorful herb in recipes, pleasant aroma for spa and beauty products, and numerous nutrients for health.

Taking its name after the Latin term, ros maris, which means, "dew of the sea," rosemary was found growing along the seashore of the Mediterranean. A Spanish folktale inspired people to originally call the herb ‘Romero’ after a brave Mediterranean woman who hid from King Herod behind a rosemary bush with her young son. The plant eventually came to be known as Rose of Mary and was later shortened to its more modern name that we know today.

Tips To Grow Rosemary In Your Garden

Rosemary is a low-maintenance fairly pest-free herb to grow. It makes a beautiful and fragrant addition to any garden, and having the fresh herb on hand can add a powerful punch to all your culinary adventures.

The plant is drought resistant and hardy to 10 degrees Fahrenheit, which makes it ideal for many parts of Arizona. While it can be grown from seed, many large nurseries will begin with cuttings instead. You can start small with a plant that fits in a 4” pot, plant them in some well-drained soil, and be prepared to wait.

During the first growing season, water your rosemary once every 3-5 days to help the root system expand and establish itself—more often in extreme heat. A rosemary plant that survives the first year will likely live for a long time after. Once established, water only when it starts to show signs of wilting. An over-watered rosemary bush can quickly become woody, making it difficult to both prune and harvest.

When harvesting, make sure to cut only the top 2-3 inches of each sprig—especially late in the season. If you cut too close to the base of the plant, your rosemary plant may put too much energy into growing new sprigs and not enough into hardening for the fall and winter.

Used in soups, casseroles, salads and stews, and to season meats, rosemary is an herb that is popular in savory dishes.

Unless you are planning to use the sprig whole and remove the stem from your dish before serving, the leaves will need to be stripped off for chopping. Hold the tip of the sprig firmly in one hand and pull it upwards through the pinched fingers of the other. This will cleanly remove the leaves in one motion, as opposed to individually picking them off. Use a sharp knife to chop the leaves until they reach the desired size.

Fresh rosemary sprigs will store in the refrigerator for up to three weeks. If you are harvesting a large amount for use throughout the winter, there are several recommended preservation techniques. Here are four from Kitchn that can be easily done in your own kitchen:

Spiceography has some great tips on the do’s and don’ts of cooking with rosemary, but the general rule of thumb is that less is more! Especially when cooking with fresh rosemary it can be easy to add too much, or cook for too long, and wind up with a dish that tastes bitter.

Did you know that rosemary does wonders for skin care? Rich in nutrients like iron, calcium and antioxidants, Times of India reports that rosemary extract, rosemary oil and rosmarinic acid work for many skin types and is the reason why the herb is widely found in skin care products.

Use Rosemary for Sun Damage Repair

The phytonutrients in rosemary help protect skin cells from damage that is often caused by overexposure to sunlight. Additionally, the plant’s nutrients tighten your skin and slow down signs of aging.

If you’re looking for an inexpensive, natural and effective way to keep body odor at bay, mixing a little bit of apple cider vinegar and rosemary oil will do just the trick. With a cotton ball, wipe the solution directly on your underarms.

With its anti-inflammatory, anti-septic and anti-bacterial properties, rosemary’s essential oils work together to fight off acne and prevent it from returning.It also reduces under-eye puffiness and improves circulation, giving you glowing healthy skin. Apply the oil directly on your freshly washed face with a cotton ball.

Rosemary’s essential oil can also strengthen scalp circulation to stimulate hair growth and treat alopecia. In addition to all the positive scalp benefits, your hair will grow faster and smell delicious!

Used by ancient Greeks as medicine, rosemary’s health benefits range from memory improvement to pain relief.While the below uses may make rosemary sound like a magical cure-all herb, RxList shares possible side effects that you should be aware of. Before using rosemary to care for your health needs, contact your physician for additional information.

Long linked to folk medicine in ancient Greece, students used to place rosemary sprigs in their hair while they studied for tests. The aroma was thought to help with concentration, however WebMD reports that it’s actually the quality of memory that’s improved, not the speed. This may be due to the carnosic acid in rosemary.

The carnosic acid in rosemary is a specific kind of terpene that has shown promise in easing the symptoms of Parkinson’s disease and Alzheimer’s. Some research suggests rosemary can suppress the production of dangerous amyloid plaque, a key contributor to the memory loss and cognitive decline associated with Alzheimer’s.

A new study published in ACS’ Journal of Agricultural and Food Chemistry found that rosemary has healthful compounds that act similarly to anti-diabetic medication. It’s not a replacement for medication yet, but regularly adding rosemary to your meals may help you better regulate how your body processes glucose.

Milton S. Hershey Medical Center reports, “Studies suggest that rosemary extract may inhibit tumor growth by preventing cancerous cells from replicating. One study found that rosemary, on its own and in combination with curcumin, helped prevent breast cancer. A second study found similar effects of rosemary on colon cancer cells.”

According to Be Well Buzz, one of rosemary’s most well-known qualities is its power to aid upset stomachs and digestive tract issues. Using rosemary can also decrease bloating and gas thanks to its anti-inflammatory properties.

Rosemary essential oil has been promoted for its ability to fight painful menstruation, stomach cramps, arthritis and more. Its anti-inflammatory qualities are also a great way to address joint pain and sprains.

If you’re feeling leg cramps in your hamstrings or calves, rosemary leaves have anti-inflammatory qualities that can help. Combining rosemary oil with peppermint and coconut oil will allow you to experience pain-relief and relaxation. Just rub the mix on the affected area to start feeling results.

In a government study, the smell of rosemary was concluded to have brought about feelings of freshness and alertness in subjects after the inhalation of rosemary oil.

A study published in the journal Cough, found that cineole, a compound in rosemary, can help release mucus and saliva. This is also helpful for those who are struggling with:

Rosemary combats the progression of rheumatoid arthritis in several ways thanks to its anti-inflammatory, anxiolytic and antioxidant effects on joints and surrounding tissues. Not to mention, it can help curb obesity, which can also relieve stress on the joints.

If you’re interested in planting rosemary in your garden, our Trusted Garden Advisors can definitely lend you a hand and provide additional information on the several different varieties! 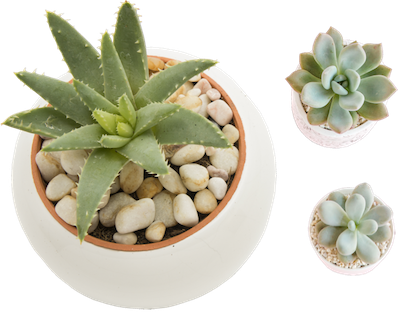