These ornamental shrubs just love to show off in the spring. They look impressive as a tidy hedge, walkway border or in a mass planting. Choose from an incredible selection of #1, #2 and #5 containers. And while many may look alike, they are unique and have specific qualities that charm you and your California Landscape. 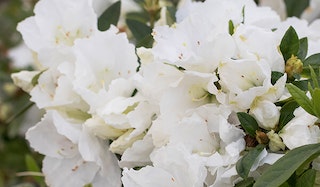 Alaska Azalea - Azalea indica: 'Alaska' (Rutherfordiana hybrid) An outstanding flowering shrub that features snow white blooms with a distinctive chartreuse blotch on their throats. Lush, bright green foliage on a rounded form is excellent for use as evergreen screening or a foundation or hedge plant. A showy landscape accent that works nicely as a container plant. Moderate growing; reaches 3 to 5 ft. tall, 4 to 6 ft. wide. 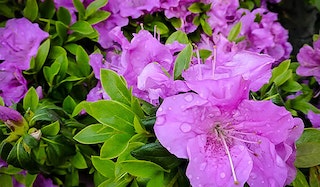 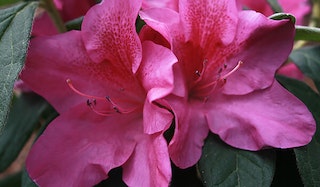 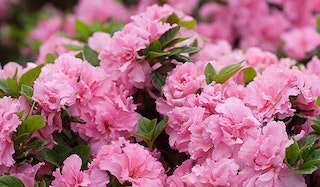 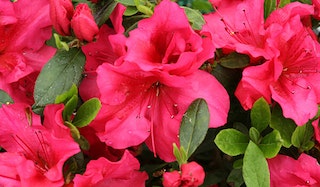 Bloom-A-Thon® Red Reblooming Azalea - Enjoy up to five months of blooms with this wonderful selection! Large flowers appear in April, then rebloom in early July, continuing through fall until hard frost. Even high summer temperatures don't stop this beauty from producing loads of late summer and fall flowers. The evergreen foliage is disease resistant, and maintains excellent color year-round. Performs well in containers. Great for borders, foundation plantings and woodland gardens. Reaches 3 to 4 ft. tall and 3 to 4 ft. wide. 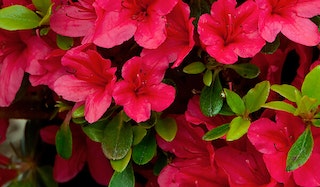 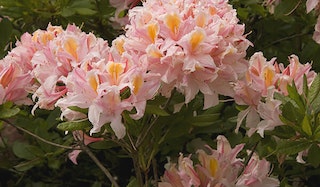 Dawn's Chorus Azalea - Azalea x 'Dawn's Chorus': An extremely hardy selection with lush, semi-glossy, olive green foliage and reddish orange buds that open to fragrant, frilly, light pink, funnel-shaped blooms with a deep yellow blotch. The small mounding form is excellent for massing in shrub borders, or for use as a bold landscape accent at the edge of a reflecting pool. Moderate growing; reaches 6 ft. tall and 4 ft. wide. 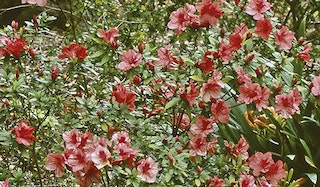 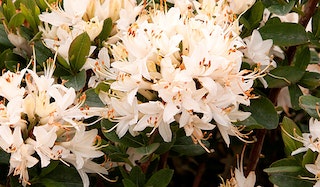 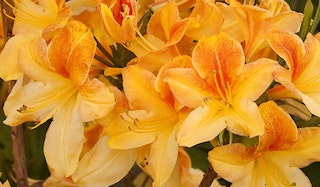 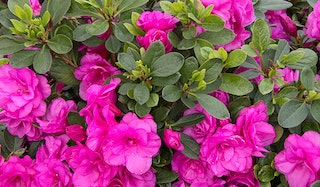 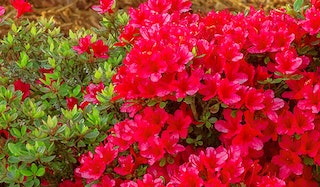 Hino-Crimson Azalea - Azalea x 'Hino-Crimson' (Kurume hybrid): This stunning hardy azalea thrives in cold climates! The profusion of single, crimson blooms appear early and continue through spring. A premier flowering shrub for use as a hedge, walkway border, or in mass plantings for a stunning color display. Loves the dappled sunlight of a woodland garden. Semi-evergreen. Moderate growing; reaches 2 to 4 ft. tall, 3 to 5 ft. wide. 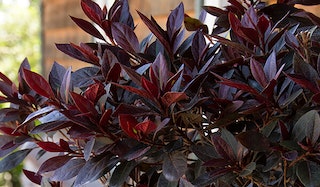 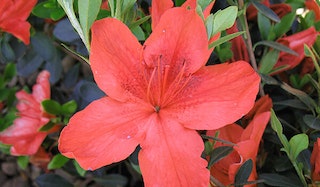 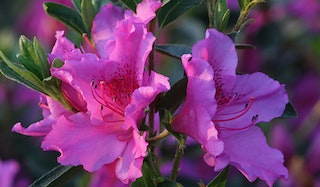 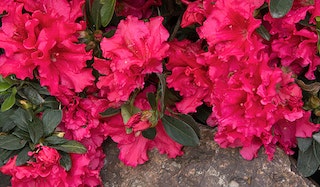 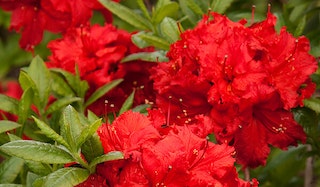 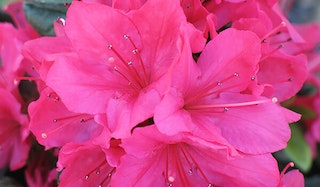 Sherwood Violet Azalea - When this azalea blooms in mid-spring, the violet flowers are so profuse the entire plant is blanketed with color. The evergreen leaves are usually small, narrow and pointed. The 'Sherwood Orchid' Azalea is a spreading, compact plant sometimes used as a groundcover. Also perfect for containers. Reaches: 4 ft. Tall with a spread of 4 ft. 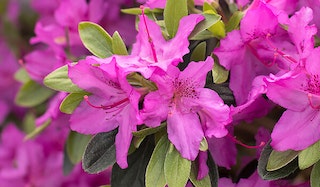 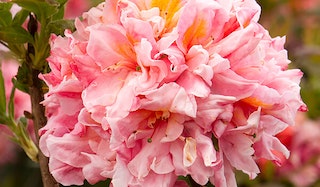 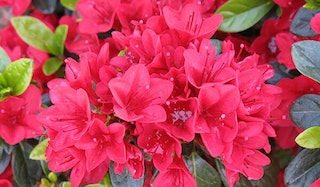 Wards Ruby Azalea - This Kurume azalea is still one of the darkest reds available. 'Ruby Nugget', a smaller cultivar we grow has 'Ward's Ruby' as one of its parents. Ward's Ruby has rich, dark blood-red flowers that look great against the small dark green leaves. Reaches: 3 to 4 ft. Tall with a spread of 3 to 4 ft. 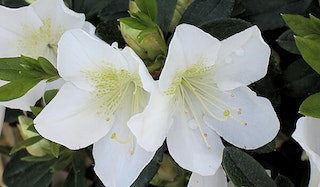 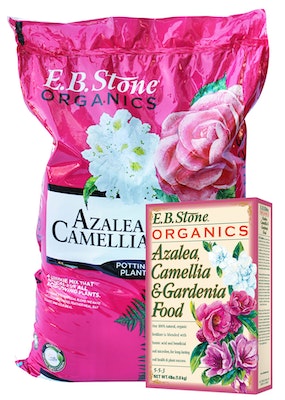 Some important things to know about Azaleas:

Not sure what to plant with your beautiful Azaleas or which plants look great with Azaleas? We have a list of our favorites that not only do well planted with Azaleas, they too look amazing

Back To The Top

At SummerWinds Nursery, We Guarantee Success!