Common Garden Weeds: What They Are and How to Get Rid of Them

When you work hard in your garden, it is rewarding to look at everything growing from the ground, but every now and then you might see intruders you didn’t plant. Weeds are often nuisances that must be taken care of immediately.

Keep reading for a description of the common weeds you might see in your garden and safe ways to get rid of them.

10 Most Common Garden Weeds - What are those foreign plants growing in your garden? Here are 10 of the most common weeds from the Almanac you’ll come across. 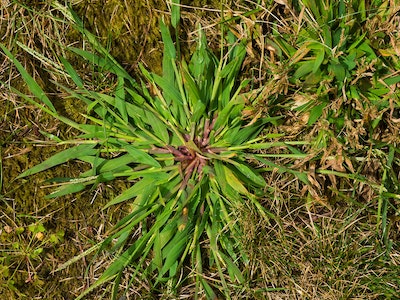 Crabgrass tops gardeners’ list of lawn complaints. A fast-growing annual that reproduces by its seeds and by rooting at the lower joints, this weed appears from mid-spring through summer when the earth is warm. It grows well under dry, hot conditions. Go after crabgrass as soon as it appears in the garden. Dig it out by the roots with a spading fork or cover it with black plastic. To prevent crabgrass in the future, attack the problem in two stages:

The best crabgrass preventer is a healthy, thick lawn, and soil with the proper pH balance (7.0-7.5). Perennial ryegrass is the best competition for crabgrass. It also provides some insect control, as it emits a natural poison that gives some small, damaging bugs the “flu.” Fertilizing is key and must be done in the spring and in the fall. Crabgrass thrives in compacted lawns, so aeration can help. A mixture of 1 pint of hydrogen peroxide, diluted to 3 percent, per 100 square feet of lawn can help eradicate the pesky plant. 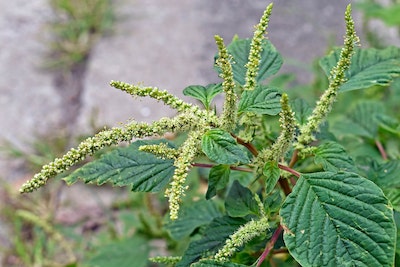 An annual that reproduces by its seeds, pigweed is characterized by its fleshly, red taproot. This weed appears in late spring or early summer and likes warm weather. Try to pull out this weed before it flowers. To prevent weeds like these in the future, cover your garden plot with a winter mulch, then till the garden shallowly in early spring. When you till, you may bring up some pigweed seed so it’s best to mulch again. Cover the soil with five layers of wet newspaper and cover that with 3-6 inches of mulch. Pigweed can also be eaten! In June, the young leaves of Amaranthus blitum, or amaranth, are abundant and high in nutritional content. Vitamin-wise, these greens are packed like carrots and beets, and can be delicious in a tossed salad. You can also cook them as you would spinach. Native Americans used the black seeds of this plant as a ground meal for baking. 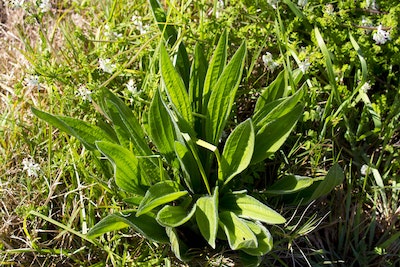 This is a hardy perennial that reproduces by its seeds. This narrow-leafed weed invades meadows, pastures and lawns; it appears in any season. Hand weed this plant and destroy it to remove it from your garden. 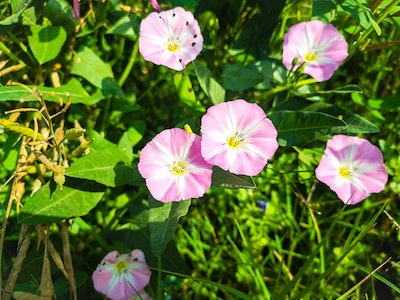 Similar to the perennial morning glory and often mistaken as such, field bindweed is a common annual that reproduces by its seeds and by deep, horizontal roots. This flowering vine sprouts in late spring and can be seen throughout the summer. Though the plant’s flowers are attractive, field bindweed can become a big problem in warm weather, when it spreads ruthlessly; try to dig out this weed before it flowers. 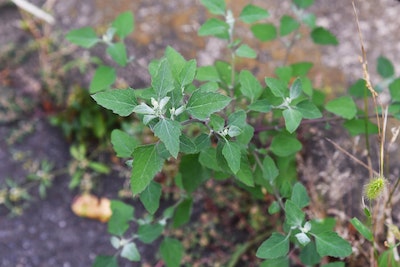 This is a fast-growing annual that reproduces by its seeds. This summer weed rapidly removes moisture from soil, so remove it as soon as possible. 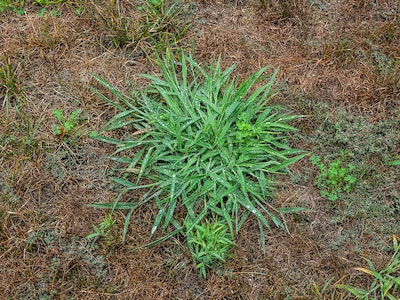 This is a creeping, persistent perennial grass that also reproduces by its seeds. Its long, jointed, straw-colored rhizomes form a heavy mat in soil, from which new shoots may also appear. Try to dig out it out as soon as you see it in your garden. 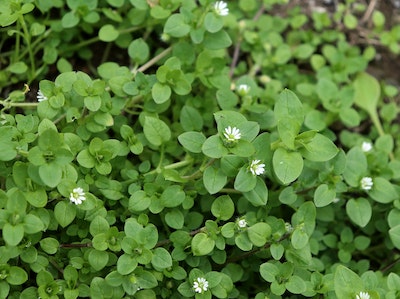 There are two types of chickweed: one perennial and one annual.

Common chickweed is easier to control. Both types have shallow roots, so they can often be removed by hoeing or hand-pulling. New plants can grow from broken pieces of mouse-ear rootstock, however, so make sure you remove the entire plant when using either method. A healthy lawn can compete against mouse-ear chickweed if the grass is not mowed too short or too frequently. Watering the lawn deeply and infrequently will encourage the grass to grow deeper roots, which also can help it compete against chickweed. Water once every seven to ten days and apply enough water so that it soaks six to eight inches into the ground. If you choose to remove chickweed, do it before the weed has time to go to seed, thereby preventing future problems in your garden area.

Known for their bright yellow flowers and puffy, spherical seed heads, dandelions are one of the most recognizable garden weeds out there. It reproduces by its seeds, which float easily from yard to yard in a light breeze. To pull up dandelions, grasp them firmly by their base and wiggle gently, as this will help to dislodge their deep taproot from the soil. Alternatively, use a hand trowel to dig them out. Try to remove the whole dandelion root at once, as any piece left in the ground may grow back. Do this when they’re still yellow flowers as it’s hard to prevent new seeds from spreading once the puffy seed heads appear. 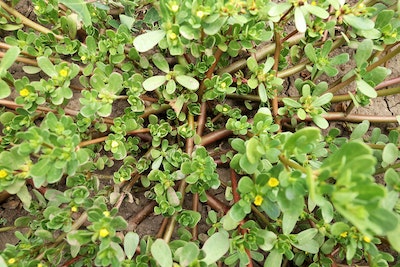 An annual that reproduces by its tiny black seeds and stem fragments. This weed appears in late spring or early summer and likes warm weather and rich, fertile soil. Pull or cultivate out this weed as soon as you see it and destroy the plant; this weed can live in your soil for years. 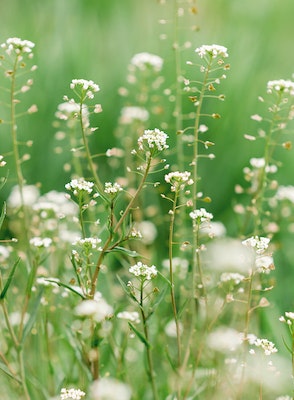 This is a flowering annual that reproduces by its seeds. It likes cool weather and its yellowish-brown seeds are long-lived in the ground. Try to pull out this weed before it seeds.

How to Get Rid of Weeds

To avoid using harsh chemicals to get rid of weeds, here are unique and innovative ways to remove them with common household items from Houselogic.

A blanket of newspaper, which blocks sunlight and oxygen from reaching the soil, will smother weeds that have already sprouted and prevent new ones from growing. Throw down newspaper in 10-sheet layers, wet to hold it down, and cover with an inch or two of mulch. If weeds begin to grow in the mulch, add more layers, making a mulch-newspaper lasagna, which eventually will decompose and nourish the soil.

Spreading these items in garden paths or between rows will keeps weeds from ever showing their unwanted heads; next, cover with mulch.

This corn by-product stops seeds from growing into weeds. Since the meal will prevent germination, spread it around established plants, and after seedlings and transplants have taken hold in the soil.

The acetic acid in 5% vinegar is a desiccant that sucks the life out of plant leaves. It’s most destructive to young plants with immature roots, though it just rolls off weeds with waxy leaves, like pennywort or thistle.

Mix one ounce with two cups of water and a couple of drops of dish soap, then pour them over the weeds. It will dry out those that live in the sun.

The oil in soap can break down waxy or hairy weed surfaces, making them vulnerable to desiccants. Add a few drops of liquid dish detergent to vinegar or vodka sprays to keep the solution on leaves. The soap also makes leaves shiny, which will help you keep track of what you’ve sprayed.

Pouring boiling water over weeds will cause the plants to burn. This is a particularly good way to whack driveway and walkway weeds, because the boiling water can run off impervious surfaces and cool before it reaches border plants.